With scores on par with the Galaxy Note 8, which came out in 2017, the LG V40 ThinQ marks a significant improvement over the G7 in most areas. Although it cannot yet compete with recent high-end models, the addition of its first-ever zoom shows that it’s clearly on an upward track. We are looking forward to seeing further improvements in the recently-released LG G8, which we plan to test in the very near future.

The official LG V40 release date is Thursday, October 18, while pre-orders started on October 3 in the US. This schedule may differ in other regions, and depend on your local carrier. But wherever you are, LG risks having its thunder stolen by the imminent Google Pixel 3 and Google Pixel 3 XL launch on October 9.

The V40 is more expensive than it should be, really, costing anywhere from $900 to $980 in the US. The T-Mobile version costs a middle-of-the-road $920, while Verizon has it for $980. We’re waiting on the confirmed UK price, and to see how much it costs in other regions.

The LG V40 design takes cues from the iPhone XS Max and the Galaxy S9 Plus, almost as if this was a ‘What if Apple and Samsung merged’ concept video.

It has a virtually all-screen 6.4-inch OLED screen on the front with that small notch cut-out at the top, making its face look like the iPhone X and every Android clone since. The notch is easy to ignore, with enough room to fit the two front-facing cameras and a smaller earpiece speaker. There is slightly more bezel around the sides and chin than on an iPhone, but you’ll only see the difference in a side-by-side comparison.

The subtly curved glass of the LG V40’s front and back meet at a metal frame, echoing the Samsung Galaxy Note 9 look, albeit without the curved screen, which remains flat and doesn’t follow the subtle front glass curve to slip over the sides.

Distinguishing features include the triple-lens camera on the back, the two small cameras on the front, and the fact that all of this weighs just 168g. It’s noticeably lighter than the Samsung Galaxy Note 9 (201g) and the iPhone XS Max (208g).

The LG V40 is your flagship smartphone on a diet, and that’s an admirable feature, although its lack of heft is clearly a factor in its mediocre battery performance later on in the review. LG’s design team somehow keeps winning out over the specs department when it comes to the ‘size and weight vs battery life’ argument.

LG V40 colors include Aurora Black and Moroccan Blue in the West, though there are additional colors like red and gray available in other countries. The Aurora Black version we tested is shiny as a mirror – and equally fond of your fingerprints. You’ll muddy this phone up in just a few seconds without an LG V40 case.

The power button returns to the right side of the phone – a switch from the LG V30 and other V series phones before it, which had the rear fingerprint sensor button pulling double duty as a power button and a form of authentication. Now the rear sensor is just a pad for unlocking the phone, and the new clicky side power button is dedicated to sleep/wake.

Also new to the V series is the dedicated Google Assistant button, matching what we saw on the LG G7. This summons Google’s AI voice assistant, which is smarter Samsung’s terrible Bixby AI. But you’re still bound to accidentally hit the button, mistaking it for the volume-down key that sits right above it. The Google Pixel 2 and HTC phones have the right idea, with the less problematic squeeze-the-lower-body mechanic for calling up Google Assistant in a pinch.

The LG V40 has just one speaker, but we found it gets plenty loud thanks to its Boombox Speaker concept. We saw this with the G7, too – inside, the entire back of the phone is dedicated to a resonance chamber. You’ll also find a 32-bit Hi-Fi Quad DAC and DTS:X 3D Surround Sound, continuing the V series tradition of offering some of the best audio on a phone when you’re using it with headphones.

Achieving an overall DxOMark Mobile score of 94 points, the LG V40 ThinQ generally showed a marked improvement over the last LG device we tested, the LG G7, which appeared some six months before (in May 2018). With a Photo score of 98 points, the V40’s strongest points for stills photography are for exposure and contrast, color, and autofocus. At 87 points, its Video performance is good as well, particularly for color and detail.

Color is, in fact, one of the V40’s strongest points, with generally neutral white balance. Although the V40 sometimes renders the sky more cyan than blue, this may well be a matter of color signature rather hue shift per se. The V40’s white balance indoors is generally also neutral, though there can be a very slight yellow-greenish cast.

As for exposure and contrast, the V40 does very well in most lighting conditions. Backlit shots, such as the Eiffel Tower shot below, can show noticeably haloing around high-contrast edges, however. Some highlight detail can be lost in the background of backlit portraits but face exposure is usually acceptable.

Overall dynamic range is decent but if you look closely at the high-contrast samples below the shadow areas are a little less controlled than on the Apple iPhone XS Max, with higher noise levels and a more noticeable loss of detail.

Although it’s not on par with the best in class, the LG V40 ThinQ preserves detail fairly well in outdoor conditions, and it controls noise pretty well indoors and in low light in relatively flat dynamic scenes. In high-contrast indoor scenes, chromatic noise is visible, however. And while the V40’s HDR in non-backlit scenes is fairly good when activated, images still exhibit noise in dark areas.

The V40’s flash performance is acceptable in all but the darkest conditions, but red-eye is very apparent in all flash portrait shots.

The V40’s performance for bokeh was a bit of a disappointment: despite its multiple cameras, its score is lower than that of the slightly older LG G7, largely due to mapping errors. If you look closely at the sample photo below, you can see that the model’s right ear is inappropriately blurred, and in the crop, you can see that the upper-left part his hair blends into the background. On the plus side, the V40 applies blur to the foreground as well as to the background.

The addition of a tele-lens is a welcome development. Of course, LG engineers will need to tune the feature further, particularly in terms of noise and artifact control, so as to boost the performance in subsequent models. The difference in the results is completely obvious between the LG G7 and the V40 in the closeups below; and while at first glance the V40 seems to be on par in many ways with iPhone XS Max, closer inspection reveals the V40’s over-sharpening and intrusive ringing.

We’ve mentioned ringing and halos but some V40 ThinQ images also show a hue-shift toward cyan close to clipped areas in blue skies as you can see in the sample below. In addition the image is noticeably softer close to the edges to the frame compared to the center.

As for video, the V40 puts in a good performance, particularly in terms of color and details. In fact, with the exception of noise control, it actually outperforms the Galaxy Note 8 for video overall. This said, however, it shows some instabilities in autofocus, and target exposure is sometimes low in outdoor footage. Further, as the graph below shows, while the V40 has a brief moment of glory a little above 5 lux, when it handles temporal noise a bit better than the competition, it loses that edge as light increases.

Finally, the stabilization system wasn’t quite capable of eliminating all camera motion when panning or filming when walking, resulting in some shakiness of the recorded footage; but overall, all but the most demanding videographers will be satisfied with the V40’s video performance. 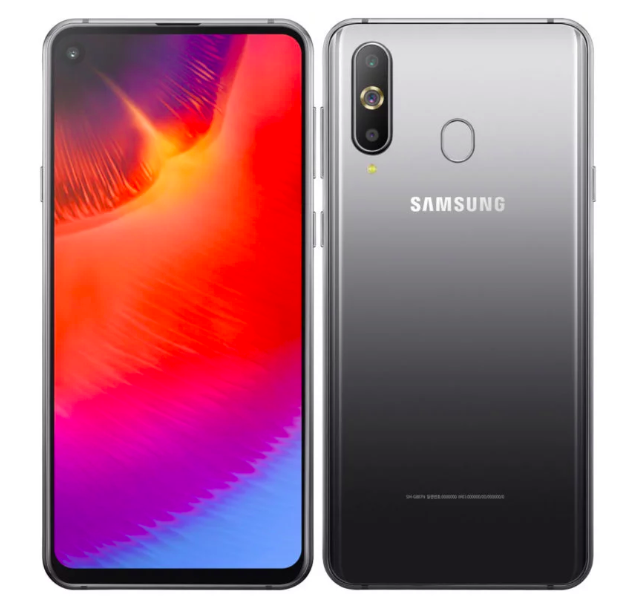 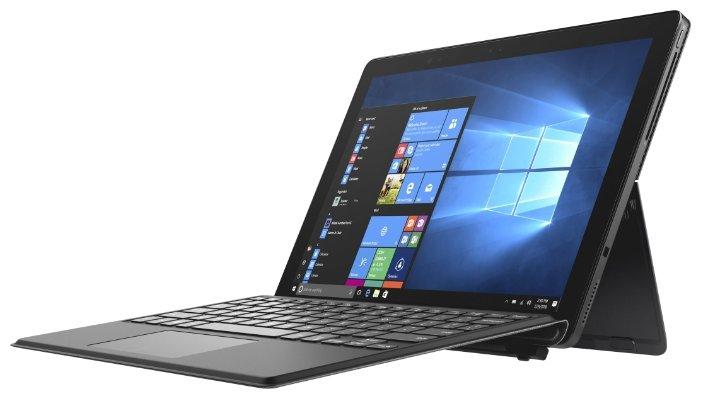 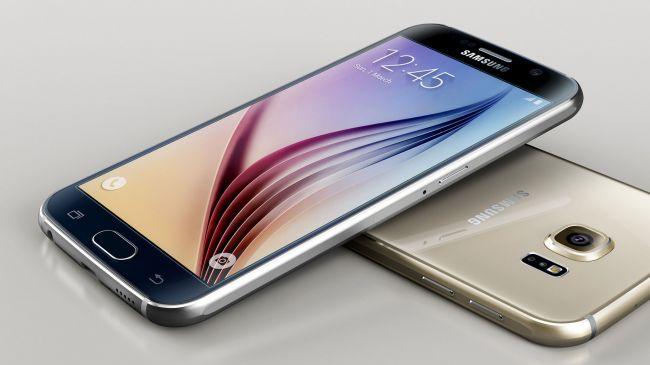 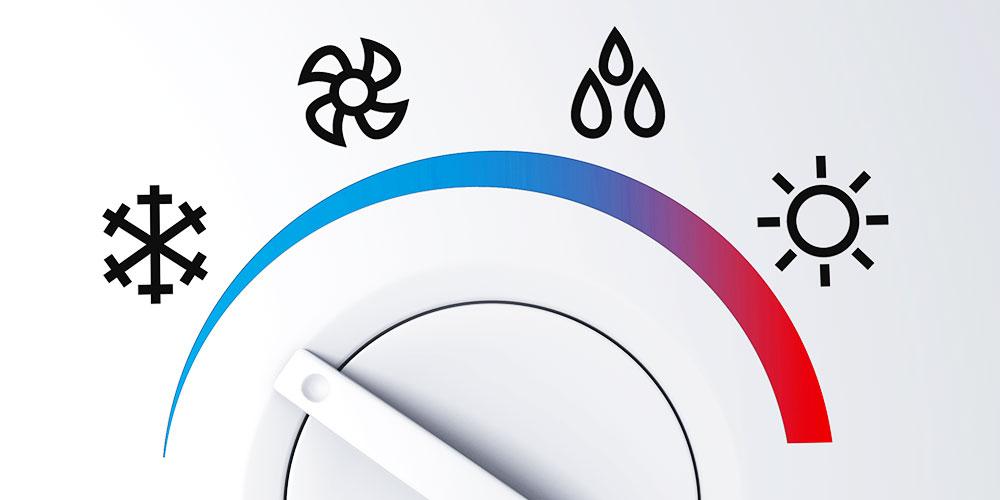 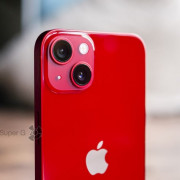 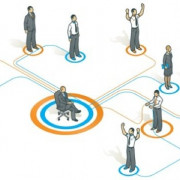 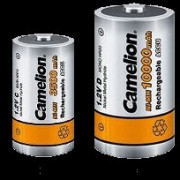 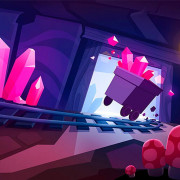 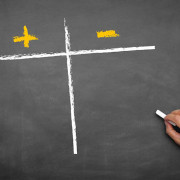 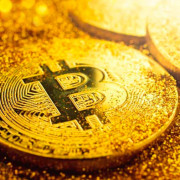 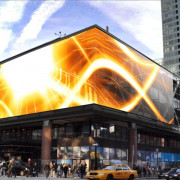